The disastrous Austrian wine scandal that shook the world in 1985 left a lasting mark on the industry: After it came out that wine was sweetened with toxic antifreeze, quality checks were tightened in Austria and are now among the strictest in the world. “A blessing in disguise,” as Luzia Schrampf, an Austrian wine journalist, calls it. Austrian wines recovered and are now well regarded. Yet some feel that for all the good they have done, the same regulations have created a new scandal, making it harder for unconventional wines to get recognized.

Wine wholesaler Moritz Herzog has even named his shop Weinskandal to raise the issue. “It is scandalous that technically perfect wines don’t get the recognition they deserve, hence the name of my business,” he says. “The current system dictates the taste; vintners have lost their freedom. We must talk about this.”
The problem stems from classification. To be desig­nated as a Qualitätswein (quality wine), under EU­-based Austrian law, you need to fulfill numerous regulations: acidity, sugar content, alcohol level, and so on. As a final sensory test, a panel of experts assesses the taste profile: Is this what people expect of, say, a Grüner Veltliner from the Wachau? Once passed, the vintner is allowed to state the place of origin on the label. If not, he may carry only the rather vague description Wein aus Österreich (Austrian wine) or Landwein (country wine).
With the rise of biodynamic and organic farming and low intervention winemaking, however, the sensory test has become a contested topic. Low intervention or natural wines are characterized by spontaneous fermentation, limited use of sulfites (a preservative) and, sometimes, the absence of filtration. As Herzog says, “I am selling wines that derive their power from the vineyard, not from the cellar.”
Consequently, taste profiles tend to be different from the norm that officials expect, despite often being excellent wines nonetheless. As the system aims to provide transparency, this poses the question of how natural wines could pass muster despite not confor­ming to standards.

A league of their own
Indeed, designation issues are at the forefront for many natural wine producers. Gerhard Pittnauer, a veteran vintner and member of Pannobile, a winemakers’ collec­tive from Gols, Burgenland, actively pursues a change in the current method of sensory testing. One of his top wines passed the sensory test and was allowed to carry the region (Burgenland), the single origin (Ried Ungerberg) and the denomination Österreichischer Qualitätswein (Austrian quality wine) on its label. But other wines, such as Andreas Gsellmann’s 2013 Bio Traminer, singled out by Gault & Millau as alternative wine of the year 2015, can carry only the imprecise label Wein aus Österreich.
“Will the law ever change?” I asked Herzog. After a slight pause, he answers with a clear no. “There is too much at stake for the traditional winemakers. Besides, Austrians aren’t revolutionaries. Es sind Untertanen. (They are obedient.)”
But even if they were fighters, EU laws have to change first. Until then, adventurous drinkers will just have to take a chance on Wein aus Österreich.

A slightly altered version of this article was earlier published in Metropole – Vienna in English, May 2018 issue no. 27. 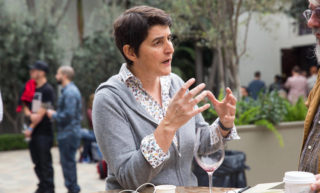 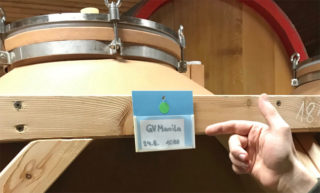 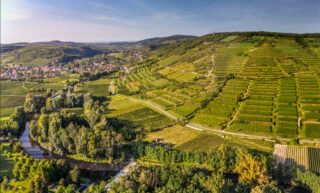