The case for Krems: Loess is not the only soil

The Kremstal appellation in Austria has long been in the shadow of its illustrious neighbour Kamptal, both for its Rieslings and Grüner Veltliners, while another neighbour, Wagram, with its deep layers of loess, often walks away with the Grüner trophies. But at last year’s annual Single Vineyard Summit in Grafenegg, Kremstal Grüner Veltliner came out on top, ahead of both Kamptal and Wagram. Perhaps pure loess doesn’t always provide the best conditions. Or could it be a matter of style and vintage?

The Kremstal appellation in Bundesland Niederösterreich (the state of Lower Austria) lies in the heart of the country’s most important winegrowing region. To the south and west it borders the Wachau and Traisental, to the north and east Kamptal and Wagram. From the northwest to the southeast the Krems River cuts through its valley on its way to the Danube. Upstream the vines grow on increasingly steeper slopes with poor soils. Beyond the town of Senftenberg, winegrowing peters out as conditions are too cold for grapes to fully ripen. On the southern side of the Danube, where the appellation continues, the terrain is more undulating and open, which in prehistoric times allowed the wind to accumulate layers of loess alternating with layers of gravelly river deposits, giving rise to deeper and richer soils.

Premiers crus
The best Kremstal vintners have been affiliated with the Osterreichische Traditionsweingüter (ÖTW) since its inception in 1992. Based on their experience, this group of wineries from six appellations along the Danube, which doesn’t include the Wachau, is in the process of determining their best vineyard sites. The top of their classification, a three-layered quality pyramid (regional, village and vineyard wines), now includes 90 Erste Lagen (premiers crus). For about a decade the organisation has been inviting industry experts to taste and rate its premiers crus. The scores are being fed into a system that will eventually help the ÖTW decide what its grands crus or Große Lagen are.

The differences are small
The meticulously organised annual tasting event that takes place in the fairy tale castle of Grafenegg allows the tasters to choose whether to taste the wines blindly or not. The ÖTW relies on the experts’ professional integrity to evaluate wines regardless of reputation, label or other intangible aspects. As it is extremely difficult to eradicate any bias, I opted to taste all the wines blindly. They were grouped only by grape variety. The results confirmed partly what I had expected – my scores for the producers I admire were mostly high – but there were surprises too. The Grüner Veltliners from Kremstal, for instance, came out with the highest average score, 16.39 compared to 16.13, 16.18, and 16.21 for Wagram, Kamptal, and Traisental respectively. The number of top scores (>17/20) was also higher in Kremstal (6 out of 28 wines) than in adjacent appellations (0/9, 0/7, and 1/33 for the Wagram, Traisental and Kamptal appellations respectively). Whilst these differences may seem insignificant (and are to a certain extent – they reflect just one person’s scores after all), it should be borne in mind that the tasting was confined to the best wines from the best vineyards and the best producers, where the differences tend to be small anyway.

The Grüner Veltliner Pellingen 2020 from Proidl, and both wines by Petra Unger (vintage 2020) and Michael Malat (vintage 2019) from the Gottschelle vineyard, rated highest. I asked them why their fresh, balanced, harmonious, complex, and appetising Kremstaler Grüners stood out this year.

Vines are like my children
Michael Malat’s family domaine is located in Furth, on the south bank of the Danube. Tall with a shock of wavy long blond hair, Malat is easy to spot in a crowd. During our Zoom call his torrent of words is like an unstoppable fountain, but nothing is superfluous. “As a tenth generation vinter it is my duty to pass something on to my children: buildings and vines, but also experience and a healthy soil.” But Malat isn’t dogmatic. He likens his vines to his children. You give them the best possible care, but sometimes they are sick and need treatment, which could be synthetic. Nonetheless, Malat’s domaine is now being converted to organic farming – certification is imminent –, but origin and a personal signature are more important to him. His signature? He describes his wines as refined, elegant, filigree, multi-layered, complex, full of tension, and challenging. Rather a bit too much fresh acidity – “it will integrate over time” –, than flabby. In short, healthy grapes put in a bottle without make-up, as he puts it.

Malat owns 2.5 out of a total of 22 hectares in the Gottschelle vineyard, which has a mighty top layer of two to five metres of loess. So, loess is the secret for an outstanding Grüner after all, I assume. But that is apparently too simple. Underneath the loess, Malat says, the Gottschelle vineyard has a layer of 0.5 to 2 metres of gravelly Danube deposits, which give the wine additional minerality.

Broad vs linear
Petra Unger of the eponymous winery, which, like Malat’s, is located on the south bank of the Danube, adds that in hot years such as 2017, 2018, and 2019, loess is an advantage. The vines benefit from its excellent water retention capacity. She also mentions that Wagram is typically warmer. Cool air from the Dunkelsteinerwald to the south and the Waldviertel to the north lead to a more gradual build up of aromas and flavours in Kremstal. But in general, she says, it’s a matter of style and taste. Grüner Veltliners cultivated in loess are typically round, broad, spicy, supple and smooth; those from poor, rocky soils tend to be more linear. Unger works without herbicides. In the autumn, she sprays just once to avoid botrytis in the grapes destined for her Gottschelle, which is made from ripe grapes. In her part of the Gottschelle vineyard, she has planted a variety of clones to minimise the risk of disease and increase the complexity of the wine.

Vintage variation
I also spoke with Patrick Proidl, a cheerful vintner who for the last few years has been running the old family estate in Senftenberg, right at the top of the Krems Valley. Just like Michael Malat, he is the tenth generation. The hillsides here are steep and the soils are poor. In Ried Ehrenfels, for instance, using a tractor is almost impossible. The similarity to the Wachau, Proidl says, is the reason why it was suggested that the Krems Valley be made part of this wine region when the borders were drawn some decades ago. Ried Pellingen is slightly less steep. In its higher reaches Riesling is king, but the lower (and largest) areas of this Erste Lage, covered in gravel and loam, are planted with Grüner Veltliner. 2020 saw a relatively humid summer, possibly making loess retain a bit too much water, Patrick suggests, implying that the top score for his Pellingen Grüner Veltliner might be seen as a vintage variation. And indeed, Proidl did receive more positive feedback this year for his Pellingen Grüner than in other years.

More approachable
Applying the principle of audi alteram partem (listen to the other side too), I contacted Karl Fritsch from Weingut Fritsch in the Wagram appellation, whose Schlossberg Grüner Veltliner also scored high in my blind tasting. He affirms the general opinion that Grüner Veltliner thrives well in loess. While drip irrigation in Kremstal might have helped to alleviate a shortage of rain in the recent chain of hot vintages, even water retaining loess soils have suffered from lack of water. Fritsch also suggests that Kremstal Grüners may be less challenging. He practises biodynamic farming and a hands-off approach to winemaking resulting in wines that need more time before they are in their ideal drinking window, he says.

Perhaps the most interesting observation on this topic came from Bernhard Ott of Weingut Ott in Wagram. His wines spend two winters on the full lees before they are bottled and released. As in Fritsch’s case, Ott’s wines need time. His Ried Spiegel was among my highest scoring wines. The soil in the Spiegel vineyard is made up of loess on top of marine sediments and Danube gravel, similar to the Gottschelle vineyard. Ott has noticed time and again that his wines from the Spiegel vineyard take less time to ripen – fruit aromas pop up more easily and make the wines more readily approachable.

Grüner from poor soil
However, Maria and Josef Maier of Geyerhof, an organically farmed estate, show that loess isn’t the be-all-and-end-all for Grüner Veltliner. Their Ried Steinleithn has a thin layer of poor soil over the bedrock, on which they grow their 30-year-old vines without irrigation. The exceptional wine from this vineyard has intense dried flowers and herbs on the nose, while the palate is light, very pure and stony leading to a saline finish. Three percent of the berries undergo carbonic maceration before being added to the main ferment, giving the wine a nice little chew and an extra shot of citrus and apricot aromas and flavours. While its light body and minerally elegance make it stand out among the others, it has a long life ahead to boot.

Although everything that is brought to the table seems to hold some truth, Ott’s observation might be key to understanding my tasting scores. The wines from Wagram’s chalky loess need time before they show their full potential, while wines from other substrates or mixed soils tend to open up sooner. (Ott claims that some of his wines have a lifespan that reaches into the 2060s!) However, Grüners can do equally well on poor granulite soils and have storage potential too, as Geyerhof demonstrates. That said, a wine is not only defined by its soil; vintage, farming practices, pursued style, and other factors play a role too. But the Single Vineyard Summit 2021 made one thing clear: there is no reason why Kremstal Grüners should hide in the shade of their supposedly superior neighbours.

A version of this article was published in Apéritif issue 1-2022. Apéritif is Norway’s main on trade magazine for wine and gastronomy. 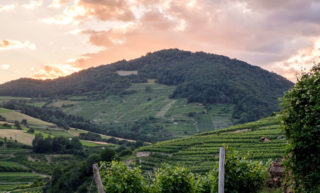 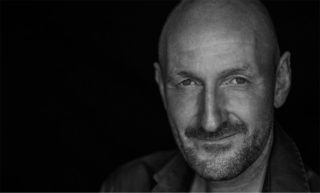