The Swift and the Savory

Perhaps Vienna’s reputation for being unfriendly stems from its wait staff – the grantiger Ober (grumpy waiter) is practically a stock character, part of the city’s intangible cultural heritage. Combine that with Vienna’s notoriously laid-back pace and those accustomed to American-style fine dining may soon feel homesick for prompt service-with-a-smile. Spoon, a recently opened restaurant run by chef Michael Köberl, seeks to remedy that, however, offering good, no nonsense dining with Anglo-Saxon efficiency.

Originally from Carinthia, Köberl certainly has the credentials: He spent many years cooking under gastromogul and fellow Austrian Wolfgang Puck at Spago in Los Angeles, catering numerous Hollywood events (he still does, actually: Spoon closed for two weeks in February so Köberl could return to L.A. for awards season). Now back in his native Austria, he’s eager to apply the lessons learned abroad.
With 24 tightly packed seats, the premises are distinctively small, as are the square, white tables. Bathed in light from the large windows, black curtains hang from a chest-high perch – barely sufficient to prevent passers-by from having a peek at your plate, but just enough to avoid feeling exposed. The radiant orange wall with its cobalt blue door leading to the restrooms reminded me of the adobe structures of New Mexico.

NOT-SO-SLOW FOOD
There are three set menus, consisting of three, four or five courses priced at €29, €39 or €49, respectively – exceedingly reasonable, especially considering the quality of the food. My partner and I went all out, going for the full five: The first three courses came at a brisk pace, immediately followed by an extra course of creamy, turmeric-yellow vegetable soup, served as a “soupoccino,” with milk foam in an original Bieder & Meier coffee cup. After a short break, the two mains and dessert were served. All in all, we were in and out within a mere 90 minutes.
Don’t expect any hang-ups about regionality; bucking current trends, Köberl’s cooking is unapologetically and convincingly international. There was perfectly cooked mahi-mahi (a Pacific fish) in a mild Indian curry, crispy Mangalitza pork belly with Asian glass noodles in soy sauce, a generously dressed Caesar’s salad (shaved rather than minimal grated Parmesan would not have been amiss) and cheesecake with Greek yoghurt doused in liquid caramel. Kren (horseradish) provided a sharp touch to an Austrian classic: Blunzn (blood sausage). Pickled beetroot and olive oil and vinegar pearls gave the dish a refreshing acidic kick.
Not exactly sustainable, but delicious nonetheless, the coarsely chopped tuna tartar was served between two thin, crunchy wafers with black sesame and topped with dollops of chili mayonnaise and pickled ginger. As all the other dishes, it oozed comfort.

Spoon’s speed is both a relief and a curse. Köberl’s competent cuisine paired with brisk American service in a trendy setting taps into a niche, and his high turnover allows for excellent value. The locals seem convinced: Getting a reservation isn’t easy. But when you look up to your waiter expectantly to order after-dinner coffee and he asks if he can bring your check, you may realize that Vienna’s glacial pace has its advantages. Nonetheless, if you manage to get a table at 18:00, Spoon provides a thoroughly pleasant dining experience before your concert at the Konzerthaus, the Musikverein or the Staatsoper, all just steps away. You certainly won’t be late.

A slightly adjusted version of this article has been published in Metropole – Vienna in English, spring 2020 issue 38. 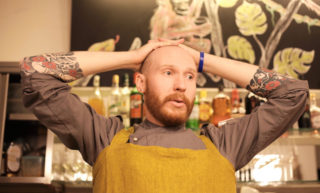 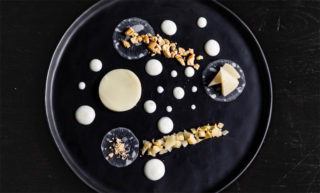