Sinfonieorchester Basel
7 May 2020
(Concert canceled because of covid-19)

The glamour of Hollywood seldomly enjoys the limelight of a symphony orchestra. With the development of sound movies in the 1920s, however, a string of highly talented composers, who often had thorough musical training and success in venerable old concert halls, shifted their focus to the big screen.

Probably the best-known Hollywood composer, certainly among classical music lovers, is Erich Korngold. Born in Brünn in the Austrian-Hungarian empire (now Brno in the Czech Republic) in 1897, he was a child prodigy whose talent was recognized by Mahler at the age of ten. Korngold’s first Holywood assignment in 1934 was to compose music to Max Reinhardt’s A Midsummer Night’s Dream, but by 1938 he was back in Vienna, where he got a new commission for the movie The Adventures of Robin Hood for which he received his second Oscar. He later confided that he would have fallen victim to the Nazi regime if he hadn’t accepted. In 1943 he became an American citizen.

At the time, Los Angeles was a refuge for many European musicians and artists. The composers Schönberg, Stravinksy, Weill and Eisler, and the conductors Klemperer and Walter all lived in the city of angels. But there were many other, ”nameless” musicians who had fled Germany. Hollywood benefitted from this influx of talent. Most studios established their own orchestra to record the film scores.

If Korngold is best known among classical music buffs, Max Steiner and Alfred Newman probably top the bill for film aficionados. With scores for films such as King Kong, Gone with the Wind, Casablanca (by Steiner), All about Eve, The Diary of Anne Frank and How the West was won (by Newman), they deservedly hold the moniker “Godfathers of film music”. Just like Korngold, Steiner was a child prodigy born in the Austrian Empire. After being tutored by Mahler, he left the country around 1906 for the UK, which he was forced to flee at the outbreak of the First World War. He worked for fifteen years in New York in different musical positions on Broadway (but not yet as a composer), before he finally ended up in Hollywood. Here he celebrated his enormous success as a composer and eventually died at the ripe old age of 83.

The classical education that many of the Hollywood composers received resulted in film scores that were often influenced by classical music’s forms or techniques. Scott Bradley even made use of Schönberg’s notoriously difficult twelve-tone system. But as Jerome Moss proves, inspiration also came from other sources, like blues, folk and rags. Many composers gratefully used Wagner’s “Leitmotif” concept. In the case of film, different characters were distinguishable by different musical themes. Steiner went so far as to say that had Wagner lived in the twentieth century, he would have been the leading film score composer.
Whether this is true or not will remain hypothetical, but the fact is that the mid-twentieth century was Hollywood’s golden era because of the breakthrough of sound film and subsequent legendary film scores. The SOB has selected some great examples for this month’s concert.

These English program notes have been published in the magazine (No. 8, 2019/2020) of the Sinfonieorchester Basel. 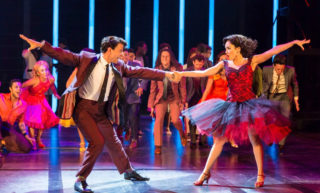