Most people have learnt to sing Brother John as a child. One person starts to sing and after a couple of bars, the second person enters from the beginning while the first continues. This simple canon is a basic form of counterpoint where the melody gets repeated or imitated at fixed intervals. In other forms of counterpoint, the interacting melodies may be different from each other. In general, the more voices or instruments join, the more complex the texture of the music becomes. Harmonies are a result of the overlapping melodies, not just in support of one melodic line.

Bach’s The Art of Fugue (Die Kunst der Fuge) is probably the best-known and most in-depth study of counterpoint – a fugue also being a form of counterpoint – where a melody or subject is pitched against another and then further developed. The Art of Fugue is a cycle of 19 fugues and canons, the nineteenth of which was still a work-in-progress when Bach died. The piece was planned to consist of four different subjects, the third being the composer’s “signature” as the notes of the theme are B, A, C and H. (In German B-flat and B are called B and H respectively.) The fourth subject is unknown.
As the cycle isn’t written for a specific group of instruments or voices, there are many different renderings, for example by string quartet and recorder quartet. Italian composer Berio (1925 -2003) has orchestrated the last “contrapunctus”. During the exposition, at the beginning of the piece, you can clearly hear how the first theme is introduced, shortly thereafter repeated and slightly altered by a second instrument. Berio didn’t finish the piece, but instead let the music fade away in a dissonant chord, which sounds and feels like a question mark about what was or wasn’t meant to be.

Rather than the use of counterpoint, which he also employs, the connection between Bach to Brahms’s double concerto (composed in Switzerland) is both composers’ achievement to integrate concerto (a musical form in which one or more solo-instruments are pitted against the orchestra) and symphony. Just as Bach in his “Six concerts à plusieurs instruments”, better known as the Brandenburg concertos, Brahms managed to compose a work in which the solo-instruments and the orchestra are equal partners. When you listen with your eyes closed, you will notice how in certain passages, Brahms managed to create the illusion of one solo-instrument with an enormous tonal range.

As Bruckner himself considered his fifth symphony his contrapuntal masterpiece, it forms a fitting continuation to this month’s program. It is in particular the finale that explores all possibilities of counterpoint. The symphony’s last movement has no less than four main subjects, of which the first and fourth are worked into a double fugue in which two subjects are interwoven. To hold the different movements of the symphony together, the finale starts by quoting the beginning of the first and second movements by the strings and the oboe respectively. In between, the clarinet introduces the first theme. Further into the finale, the second subject is played by the brass section and softly repeated by the strings. From here on, as the word fugue literally means, the two themes chase each other, creating a musical experience that will haunt you until long after the concert is over.

These English program notes have been published in the magazine (No. 1, 2018/2019) of the Sinfonieorchester Basel. 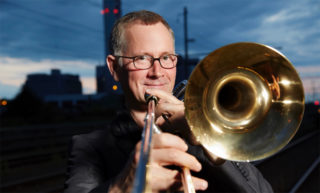 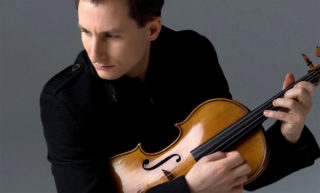 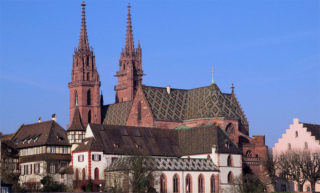